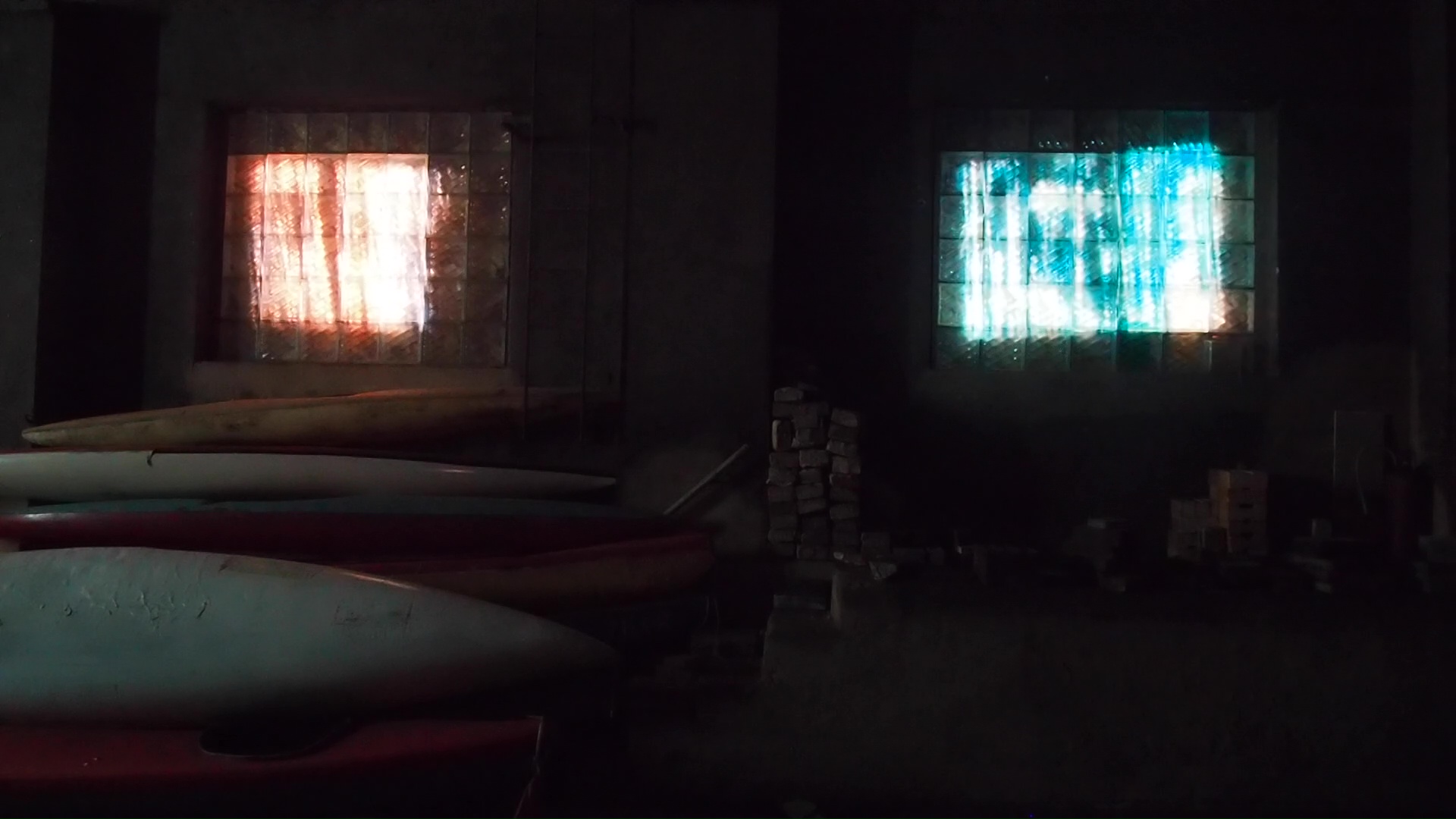 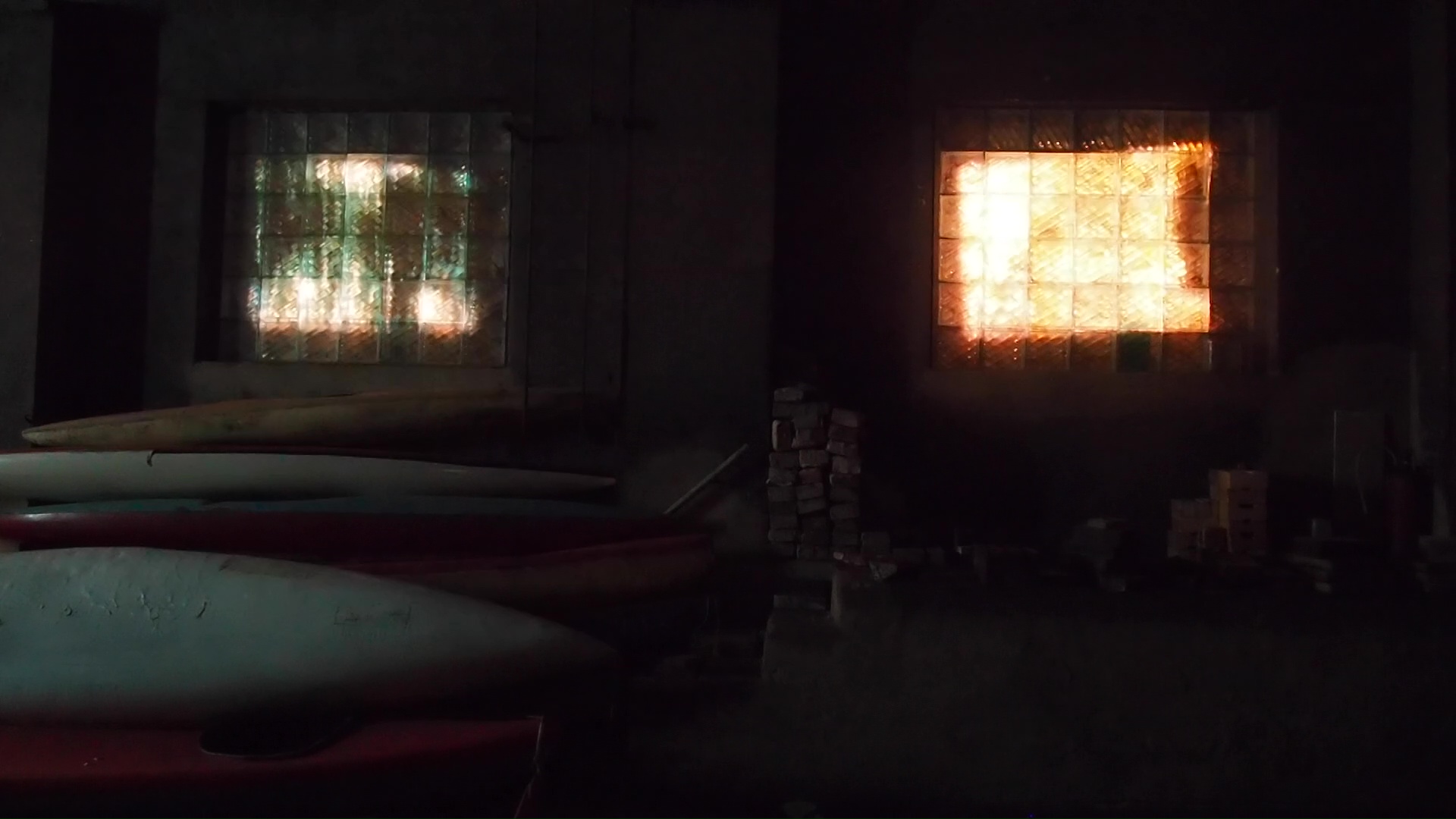 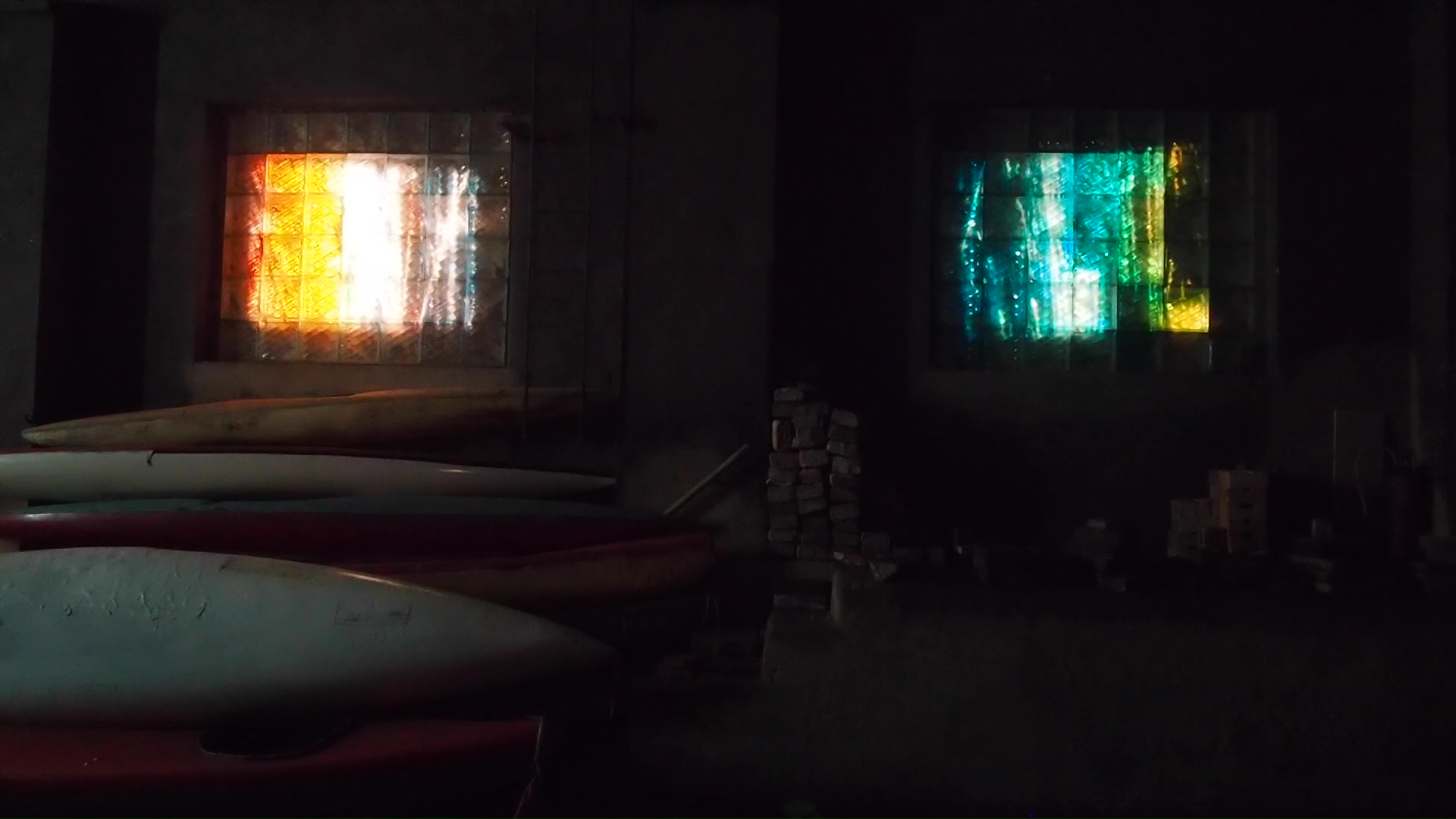 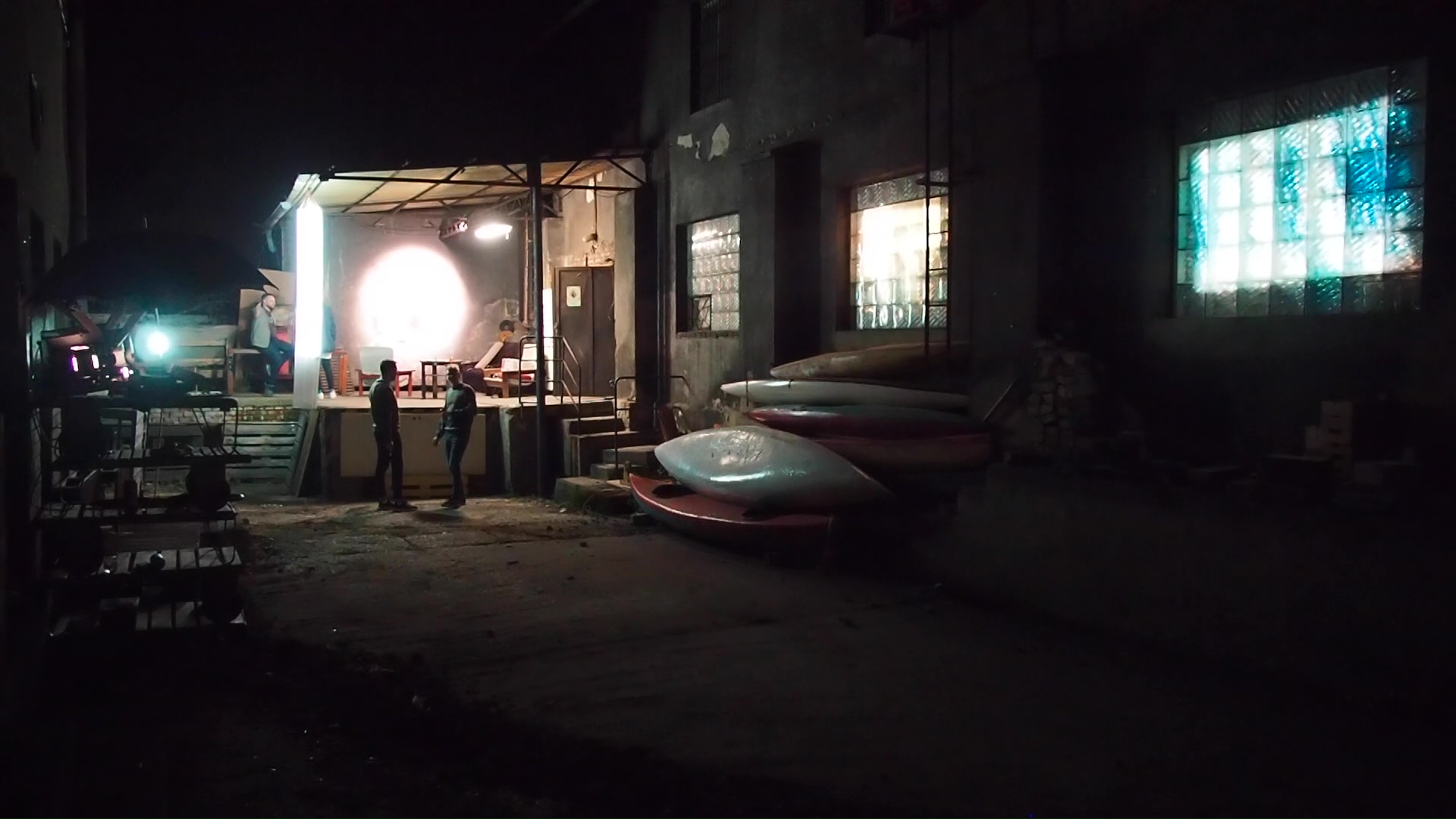 The film double projection was held (3/10/2018) as part of the student opening of the academic year 2018/2019 at the Faculty of Art and Design, UJEP. The main organizers were Johanka Pošová and her brother Jan Poš. The opening “Šmakuláda” took place both in the outdoor space and directly in the Exil club in Ústí nad Labem, where site-specific works by students of the faculty were exhibited.

The site-specific projection was projected from two 16 mm film loops onto the windows of the luxfers. Their interplay and concept were based on visuality, namely the physical layering of colors, and cotton fibers directly onto the film strip. The artist conceived of this projection as one of her further experiments with the medium of film.

To inspire the site-specific projection, the colorful junk near the projection area (luxfers) was used. Unfortunately, the projection was not accessible from the other side of the luxfers. The work was more like a backdrop that shaped the atmosphere and tried to blend with the environment and create a pleasant atmosphere.