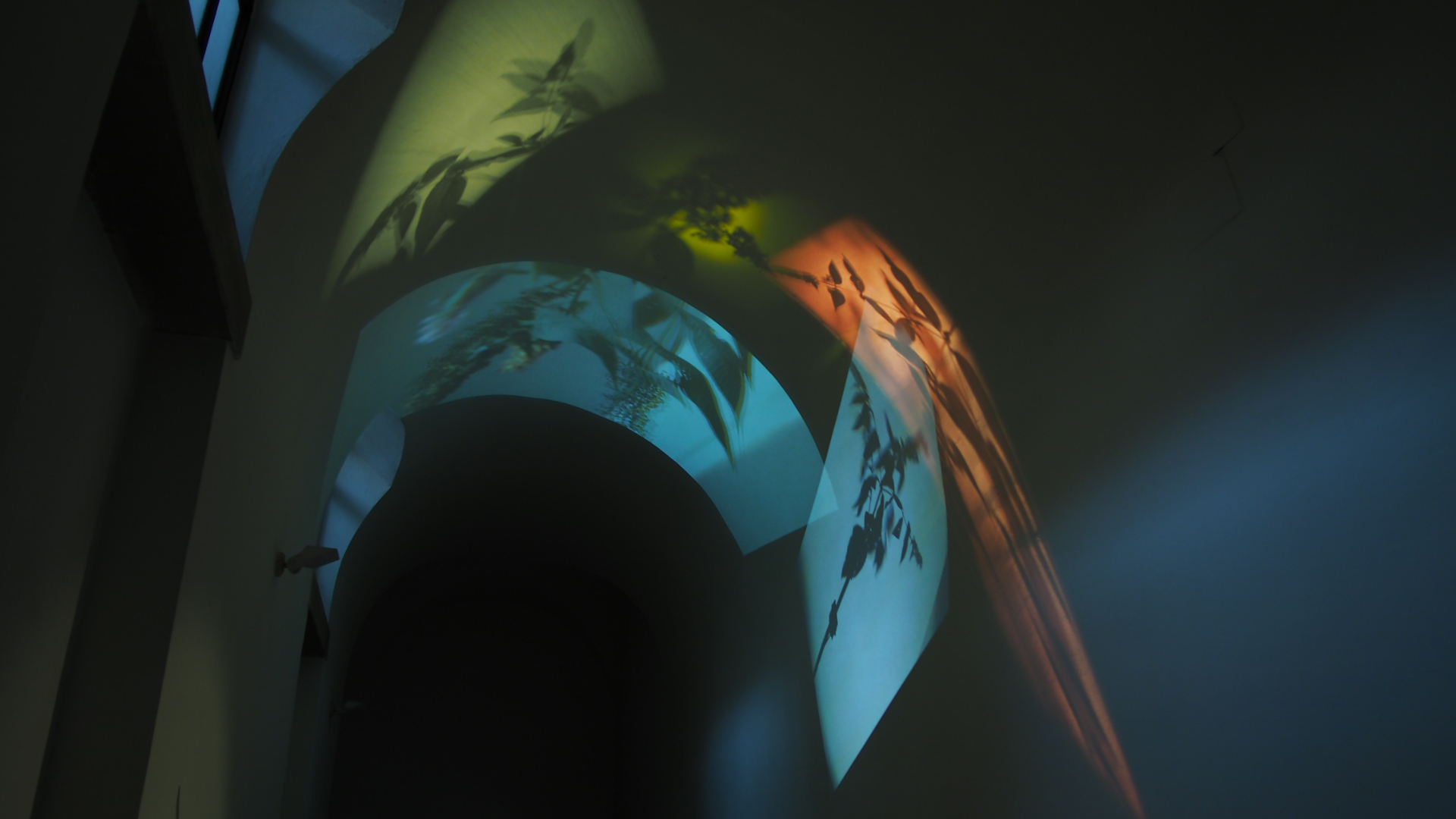 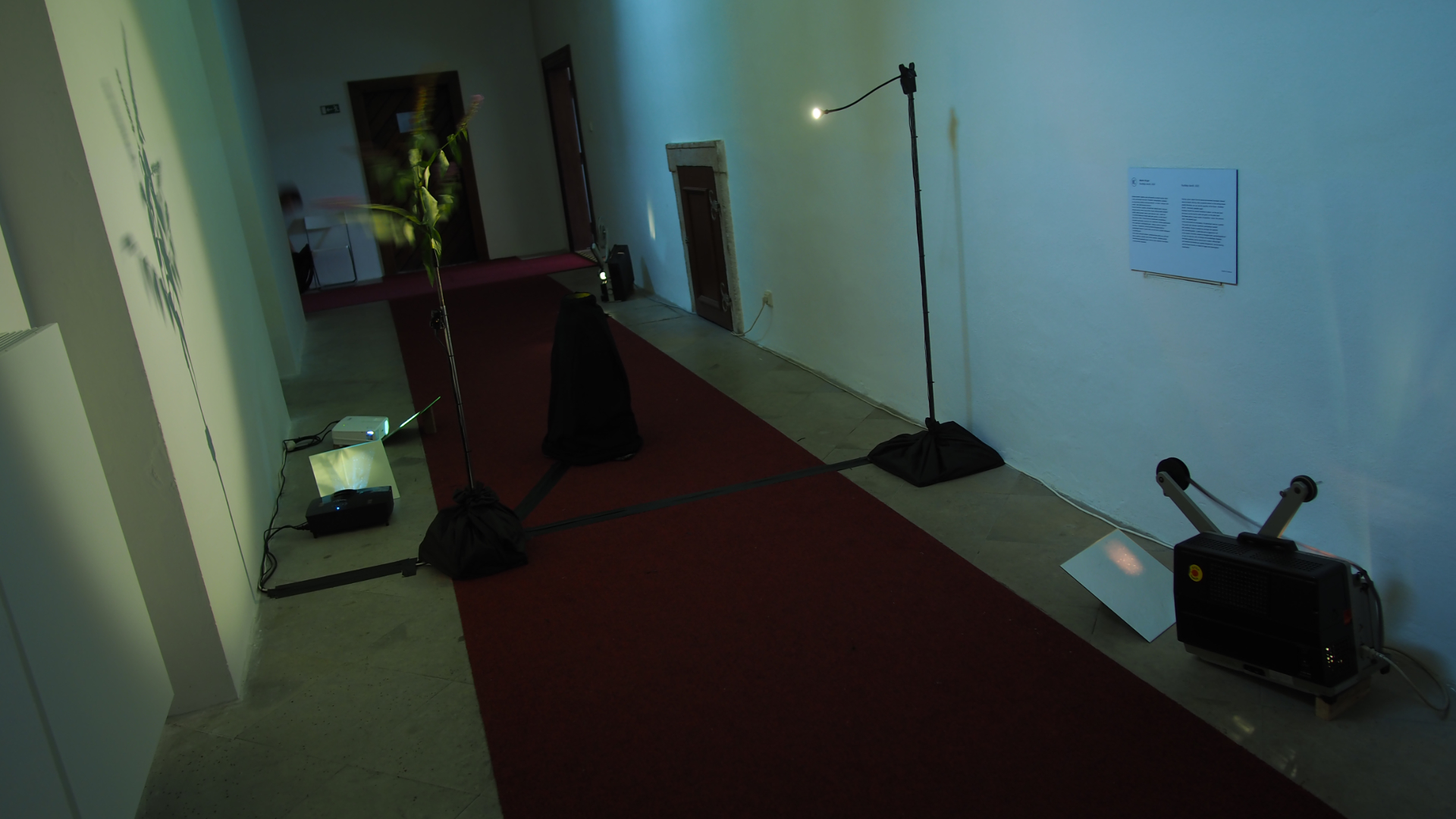 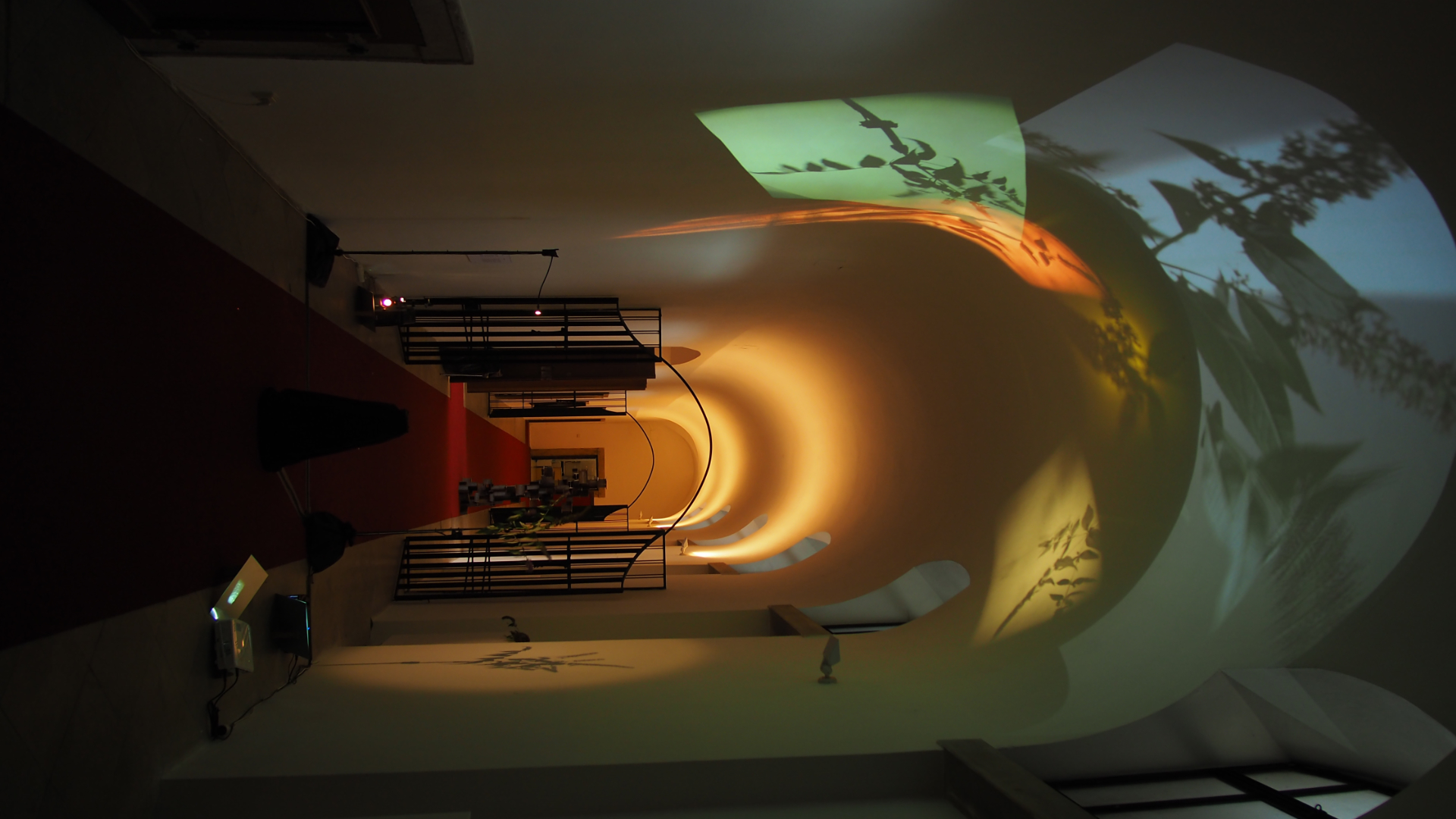 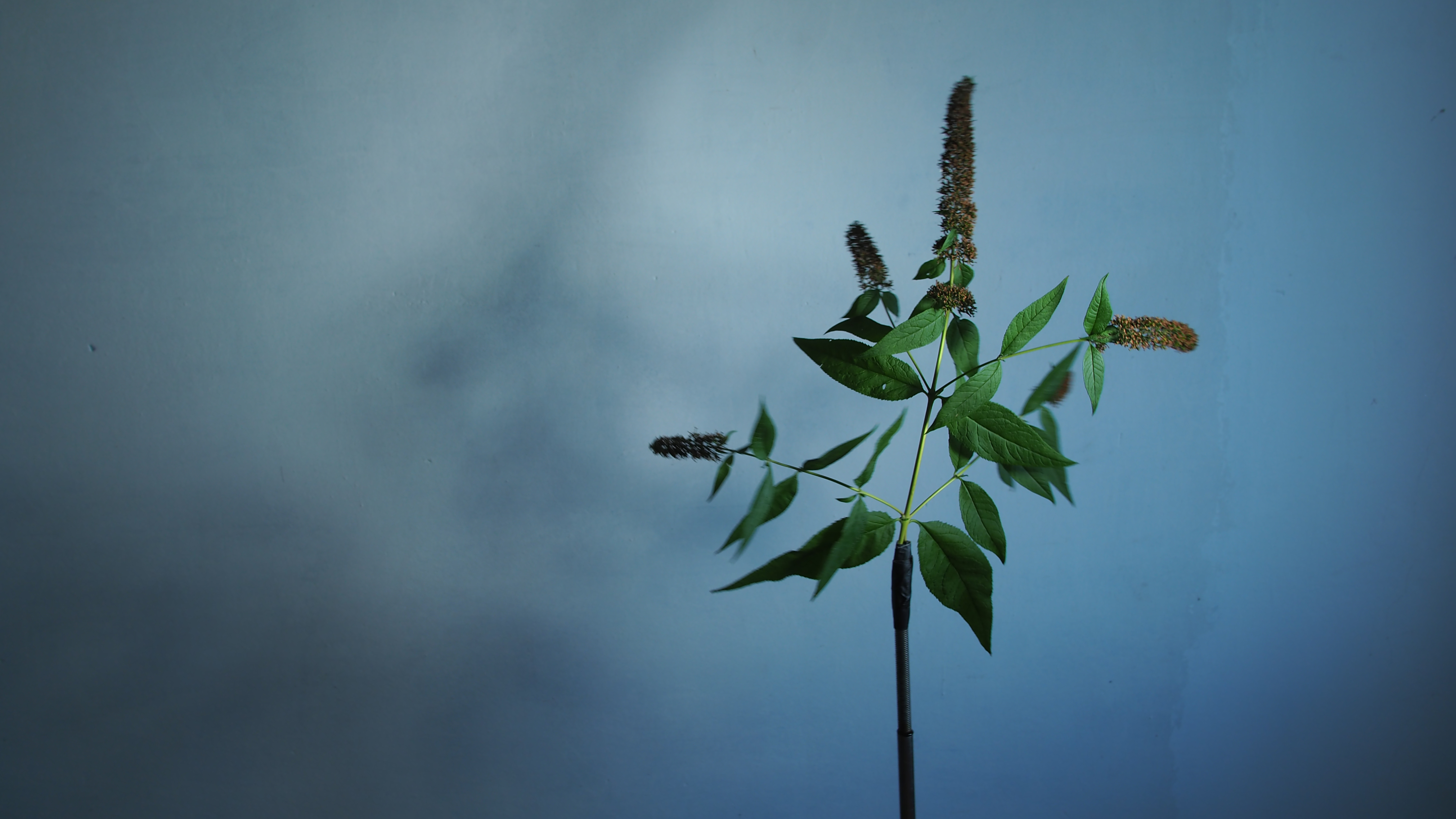 Tearing a given object from its natural environment increases interest in its details. Moving Video projection placed on the ceiling shows exactly this thing – we can see the specifics of flower – Bddleja Davidii – from every possible angle.

Buddleja Davidii has several functions in nature – on the one hand, the leaves are the food for cattle and goats. On the other hand, the flowers attract many butterflies – hence the common name – the butterfly bush.

In the environment of a monastery, it is perceived more as a symbol. The purple color denotes mysticism, spirituality or warmth, and cordiality. Purple is created by mixing two opposite and contrasting poles – a cal blue and an aggressive red.

In the western churches, purple is a liturgical color symbolizing Advent or Lent, it is also the color of bishops and archbishops. However, the flower gradually lost its natural color in space without light, and therefore its function as a symbol disappeared, lost its meaning and the flower became an object of vague and meaningless examination.