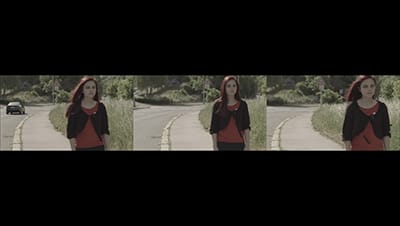 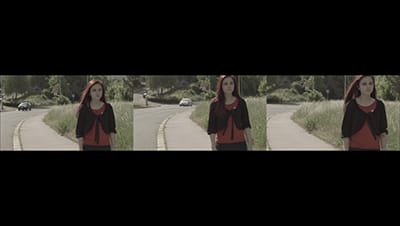 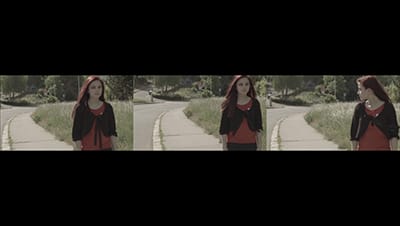 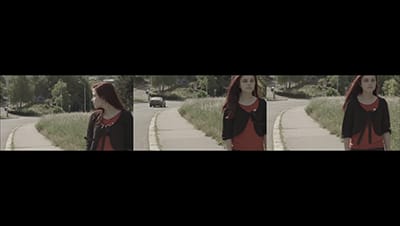 The video installation is based on three videos that are almost indistinguishable visually. Therefore, at first glance, it is not entirely evident that these are three different videos based on the same scenario. The subject of the banal footage is a slowly walking figure who is captured in one long tracking shot. The framing of the shot is close-up, but it is distant enough to show us only the minimal means of already playing out the associative environment. The image attempts to show only a truncated space that, while physically present, is at the imaginary limit of its precise destination. Watching and anticipation arouse a slight tension, which is supported by the strange slowing down of the walk, and the distinct movement of the camera, which suggests, like the wind and the action in the second plan, that these are three seemingly identical yet different recordings. An eternal and no beginning story that perhaps denies us too much of the narrative itself refuses us time and space. I have created a record that does not significantly begin, end, or even have a climax in the image itself, but everything is only latently implied. It can take place entirely outside the field of view.