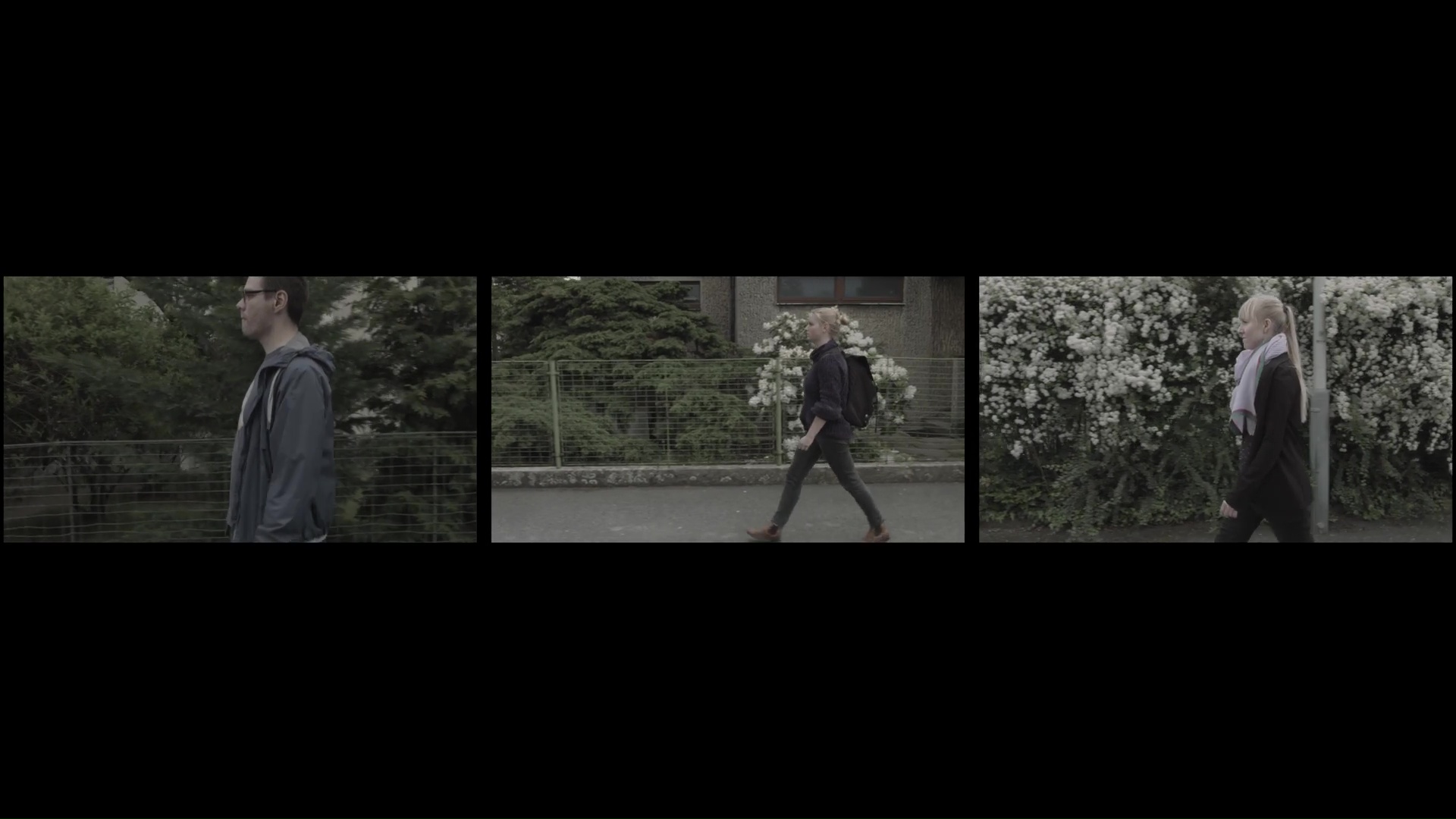 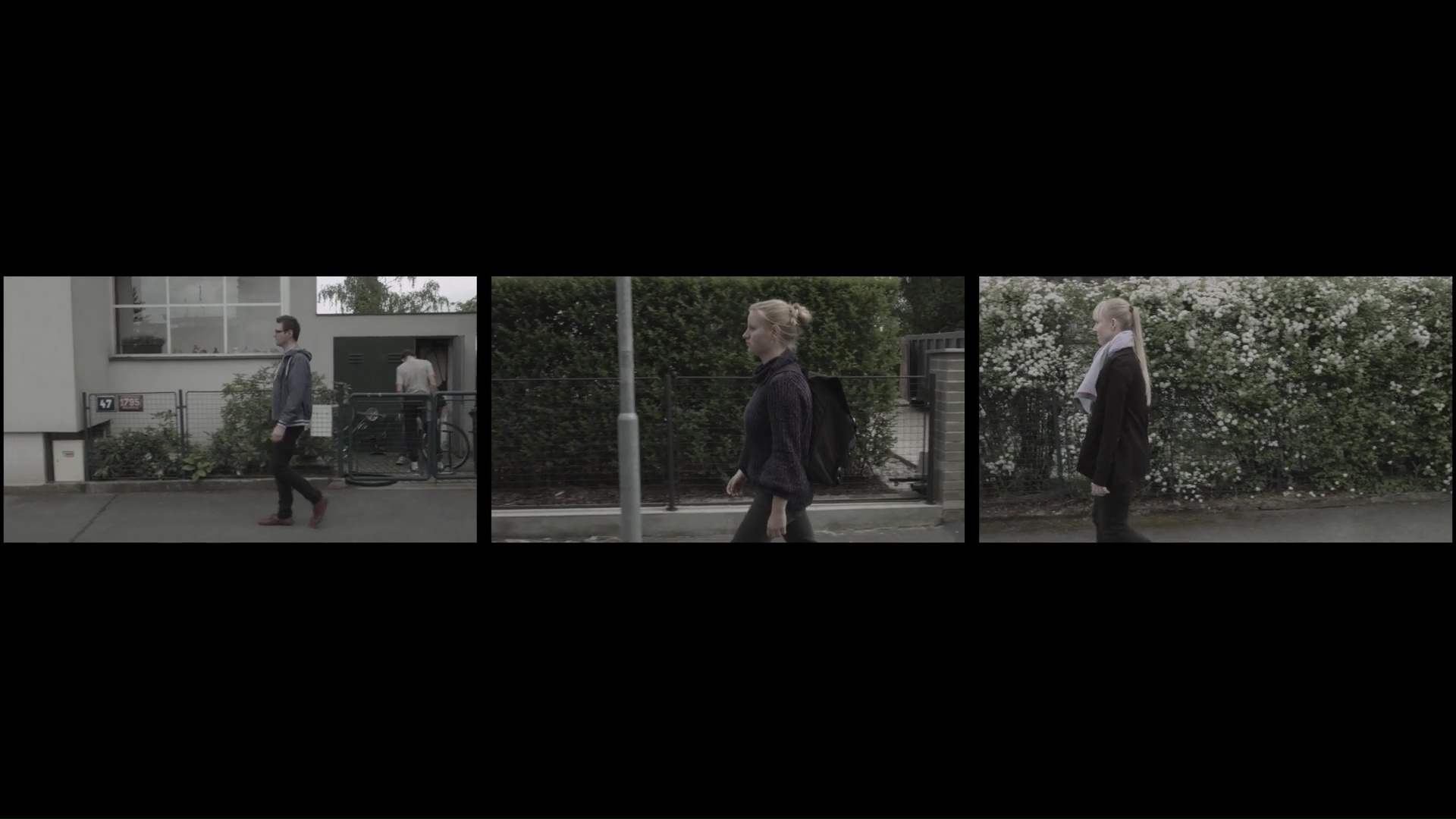 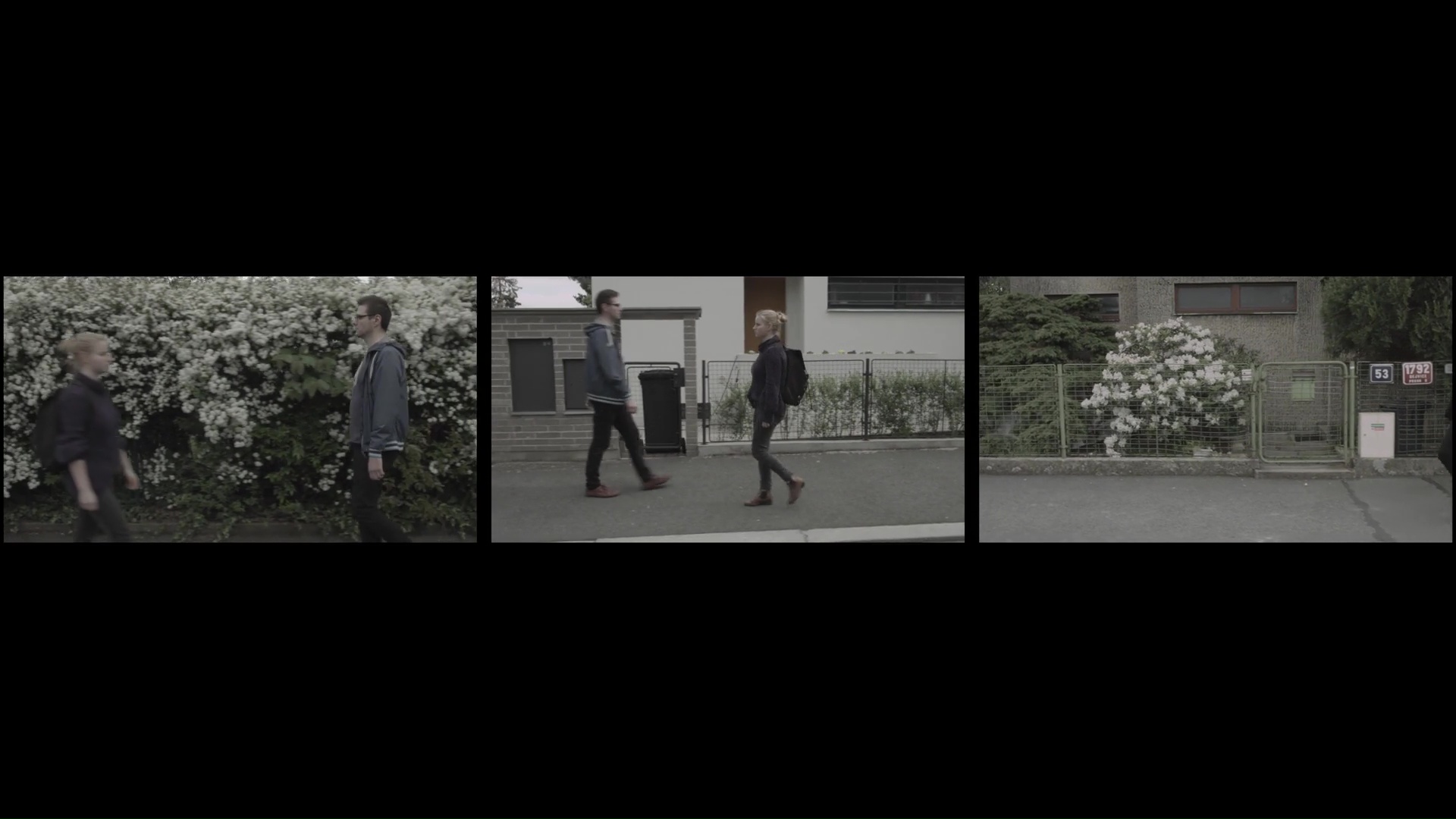 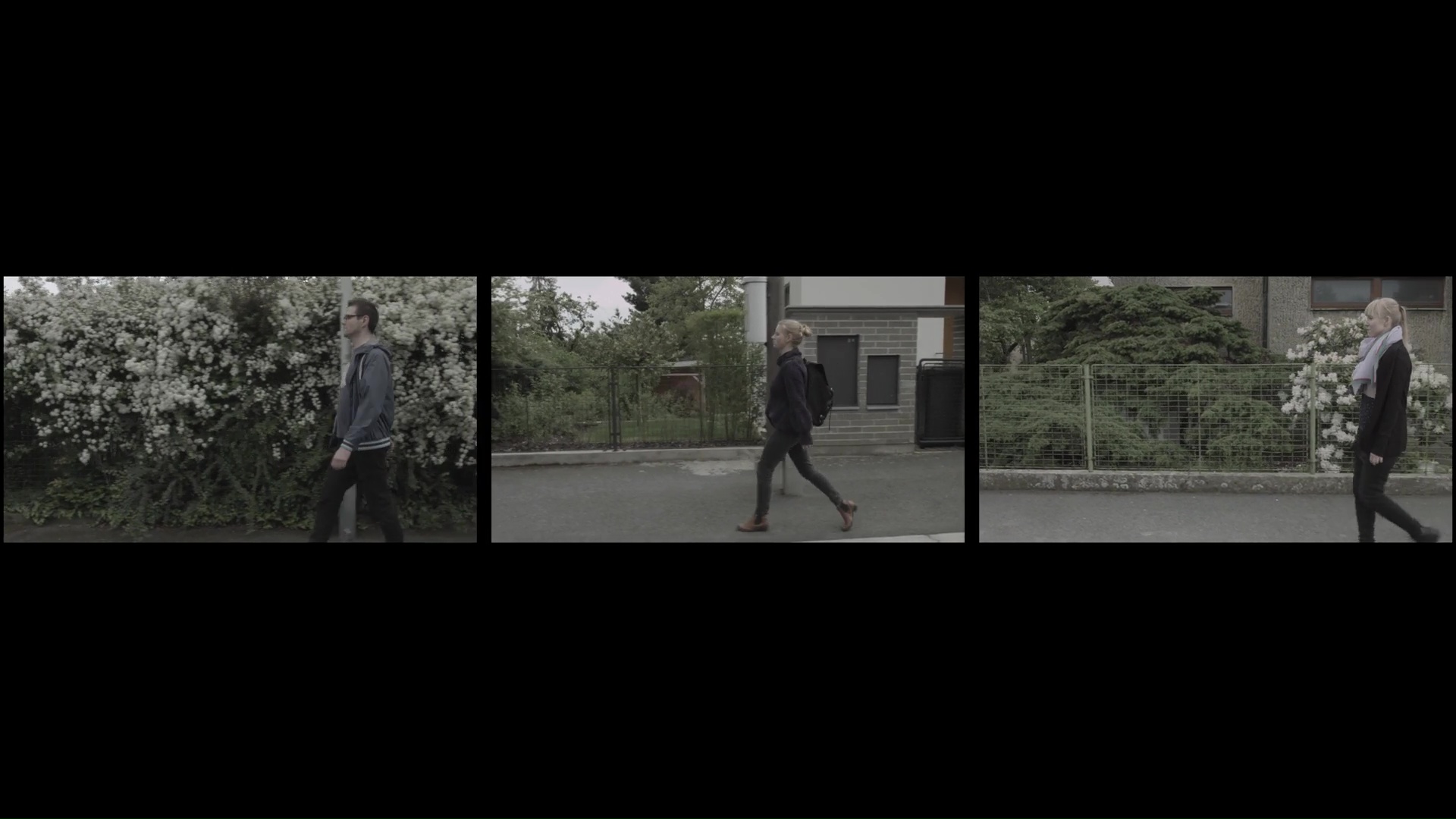 The main dominant element is movement, which evokes progression and agency. In which we expect a climax. However, this does not occur in either video; it merely repeats mechanically, creating an endless plot. On the contrary, the viewer is uncomfortably confronted with the characters meeting each other in a direction inconsistent with their movement, and this raises the question of the disruption of the timeline.

The agency in the interconnectedness of all the videos thus creates a timelessness. The viewer cannot construct a temporal continuity. Even though, at first glance, one can already see the causal connection of place, time, characters, and action in all the videos. This temporal position carries excellent uncertainty in the characters’ interrelationships. Even the very constitution of the main character is affected by the zooming in and out of the shot, and there is effectively no main character. The interrelationship of the characters is at a significant level, and the mutual glances or touches generate questions about individual relationships between characters within a video and questions about relationships as a whole.

Another level is the choice of gaze, which is perhaps almost voyeuristic. The look is at a safe distance, and the character in the video cannot see that they are being watched. This way of shooting only puts the viewer in the position of a forced observer, without the possibility of identifying with any character and thus being excluded from apparent involvement in the action.

The place in which the action takes place also plays an important role. It is identical in all three videos, but at first glance, this fact is hidden from the viewer by the juxtaposition of images. The visuality is again simple, indeterminate in place and time.

And all of this is set in an extended internal time of the shot relative to the viewer’s time, which evokes the importance and heightened drama of the image and supports viewer expectation.